Unemployed people across Scotland are being helped into work by a new multi-million-pound support scheme – Job Entry: Targeted Support (JETS)

JETS launched in Scotland in January as part of the UK government’s response to job losses caused by the Coronavirus pandemic.

Now it has passed the 4000 jobs mark across Scotland months ahead of schedule.

The Wise Group works with 38 JobCentres across west and south-west Scotland in partnership with business process outsourcing company Capita to offer advice and support to participants who have been out of work for at least three months.

Thousands of individual customers have been helped into work and Wise Group chief executive Sean Duffy said: “JETS has been a hugely successful employability programme which has changed the lives of thousands of people across Scotland.

“We’re incredibly proud of the part we have played in making it such a huge nationwide success across Scotland.

“More than 40% of participants find work during their six months on the programme, which is a remarkable success rate.

“The pandemic was disastrous for almost every business sector in the country, costing many thousands of workers their jobs, so it’s been great to be part of a collaborative effort to help improve the lives of so many families in Scotland.

“Also, working on this programme has allowed the Wise Group to employ around 60 new staff to deliver it.”

The success of the scheme in Scotland has meant that the Department for Work and Pensions has taken up an option to extend the scheme by almost a year, to the end of March 2023.

JETS participants work with a dedicated Employment Adviser after being referred to the programme by their JobCentre Work Coach.

They receive tailored support and advice on how to get back into work, including help with CVs, interview tips and skills, job searching and how to make best use of transferrable skills.

· Ask your JobCentre Work Coach about being referred to JETS. 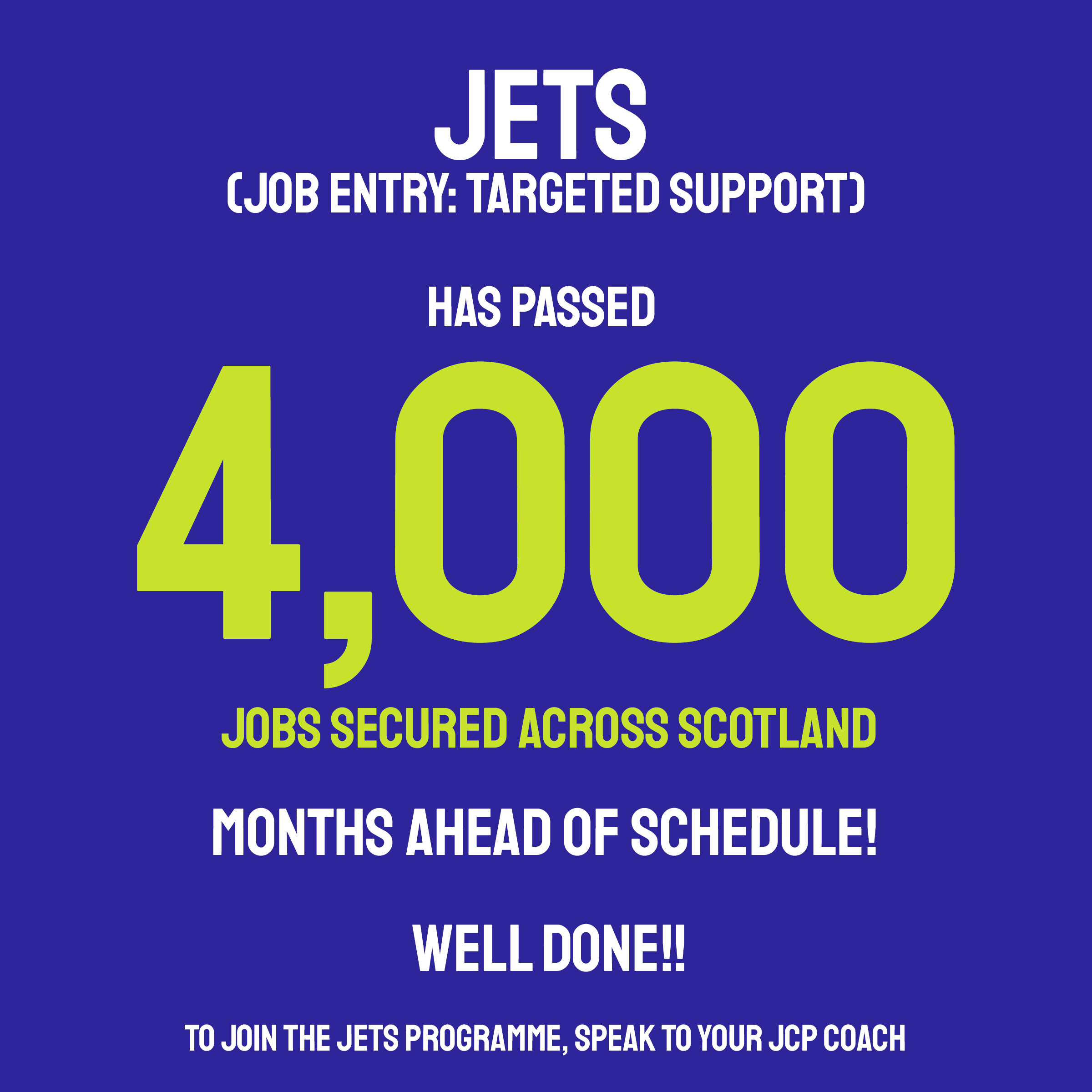 This week Wise Group CEO, Sean Duffy, spoke about the…

By Sean Duffy (First featured in the New Statesman 18-24…

Fuel poverty smells of damp clothes and mouldy walls, it…